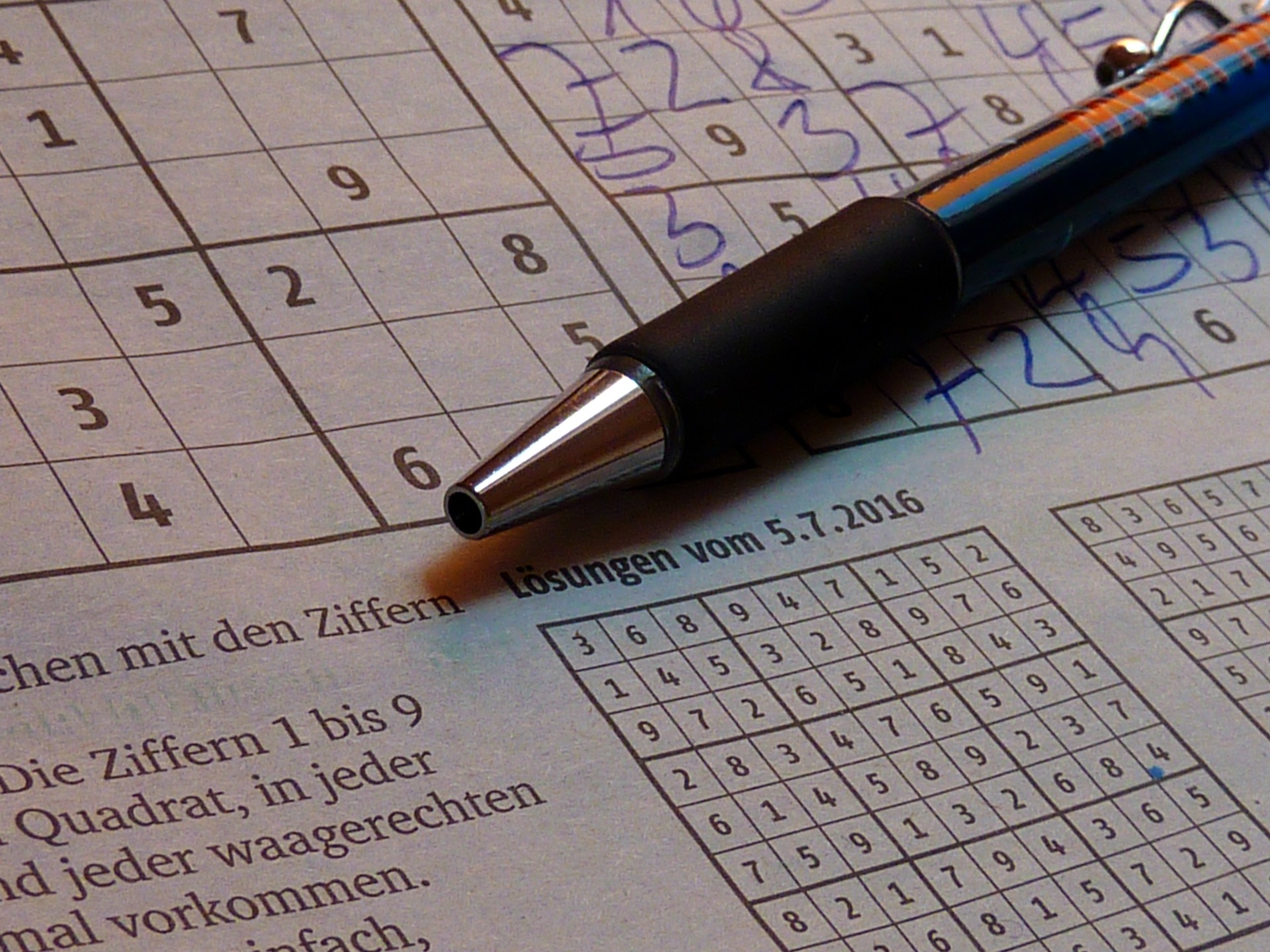 Sudoku (数独 sūdoku, digit-single), it is a logic combinatorial puzzle based on number placement. The ultimate goal is to fill the square sudoku grid size 9 by 9 blocks. The core rule require that each row, column and square 3x3 section contain each number from 1 to 9 without repetition. Each puzzle is prefilled with certain numbers. And the most amazing feature of sudoku puzzle - is that there always exist only one solution to initial setup. Yes, sudoku solving require non-ambiguous setup.

You may expect sudoku to be game invented in Sengoku period Japan or even earlier, but you will be double wrong.

First Sudoku ancestors go back to the name of the famous Swiss mathematician, engineer and physicist Leonhard Euler (1707 - 1783). His archive contains notes on forming magic squares with cells filled with special numbers e.g. 9,16,25,36. In another document "Scientific Research of New Varieties of the Magic Square" Euler placed in cells are Latin letters (Latin square), later he filled the cells with Greek letters and called the square Greek-Latin. Exploring various variants of the magic square, Euler drew attention to the problem of combining symbols in such a way that not one of them would be repeated on any row or column.

In the late 19th century number game somewhat similar to modern sudoku had their first appearance in French newspapers. Those game relied on arithmetic operations and were pretty far from our favorite game.

Moder rule Sudoku puzzles were first published in 1979 in the Word Games magazine. The author of the puzzle was Harvard Garis. He used the principle of the Latin Euler square, applied it in a 9x9 matrix and added additional restrictions, the numbers should not be repeated in the internal 3x3 squares.

When did sudoku became popular?

Apparently solving sudoku gained real popularity and probably its name only after 1986. The japanese puzzle company Nikoli started publishing and distributing them. However sudoku puzzle craze returned to US and Europe 18 years later due to the efforts of Wayne Gould, the inventor of sudoku generation algorithms. Despite first solving was meant to happen with pen and paper, but puzzle creation process has been automated ever since.

Ever since millions of people enjoyed the please of solving varous tricky puzzles in newspapers, books, even printing on their own. And now it became easier than ever - you can play it online for free whenever you have a free moment.

Previous: Sudoku: how to play | Next: How to learn advanced sudoku tricks?